“The life given us by nature is short, but the memory of a life well spent is eternal.”
Marcus Tullius Cicero, 106 BC–43 BC

Earlier this year, Isamu Arakaki Sensei, the President of the Okinawa Prefecture Karate Rengokai, left this world after a prolonged illness to the dismay of us all. For three years he gave the Rengokai strong leadership, his wealth of experience, an international presence, and valuable connections. A confidante of His Excellency Governor Hirokazu Nakaima of Okinawa, he was able to win support for his vision of the future of Okinawan karate. He thereby began the process of turning an ambitious dream, into a worldwide karate movement.

His appointment signalled a change of course for Okinawan karate as in the past this position had most often been filled by a politician, Chamber of Commerce official, or a community leader. By contrast, Arakaki Sensei was a successful business executive, hotelier, restauranteur, and a respected senior karate instructor with a sixty years pedigree having started training at the age of twelve in the dojo of Yuchoku Higa Sensei. 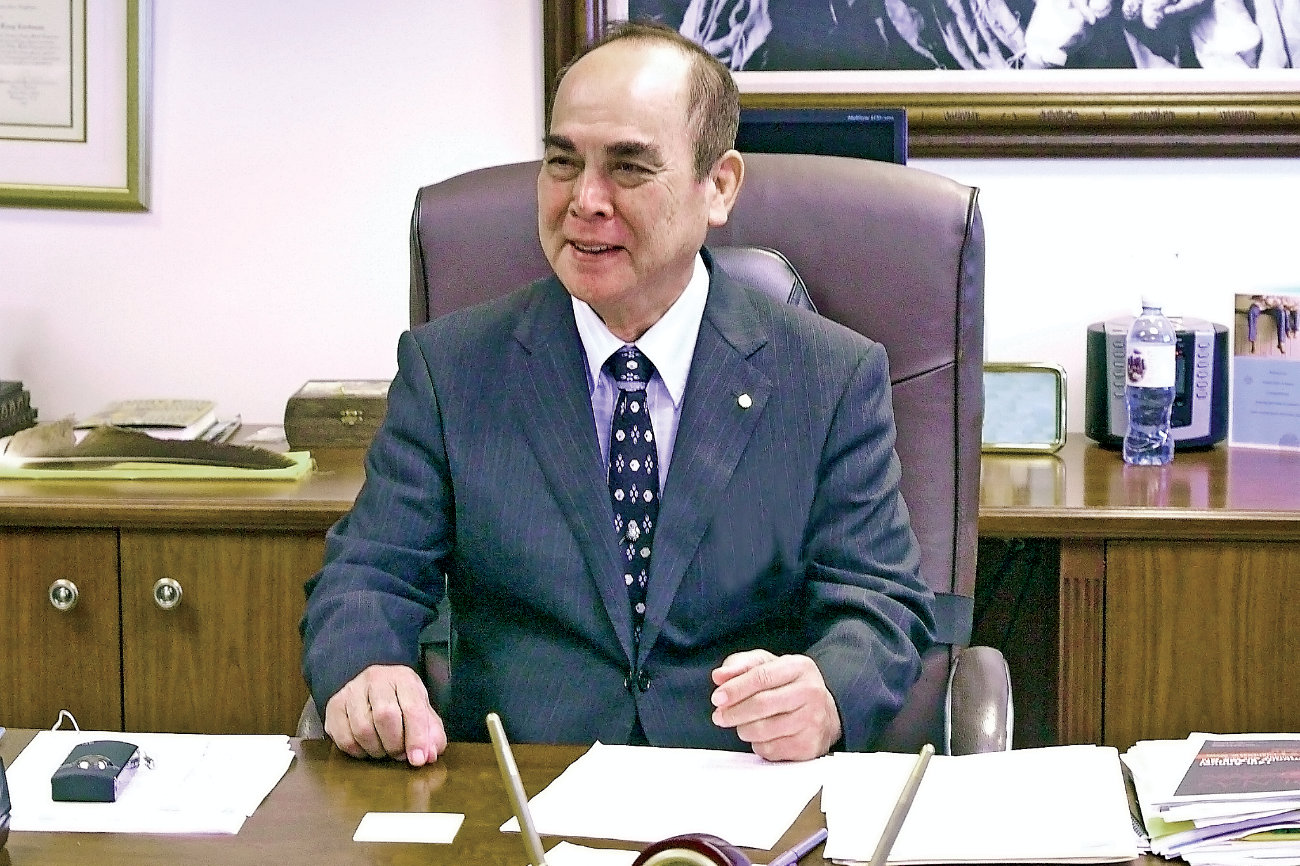 Arakaki Sensei’s expressed his vision of karate in these words that were published in a previous issue of this magazine: “Too dangerous for use in sporting contests, Okinawan karate has been unaffected by the many difficulties that the introduction of competitions created. Sport should be fun; but when sporting reputations, national prestige, and personal pride are at stake, passions run high, and both common sense and good manners are soon abandoned…Okinawans value tradition and both Okinawan tradition and culture dictate that karate is a martial art and not a game.” The loss of Arakaki Sensei could have been catastrophic if his deputy had not been Zenpo Shimabukuro Sensei.

A successful entrepreneur himself, as Vice President of our organization he had provided the energy, diplomacy, and language skills to create the matrix upon which the organization Arakaki Sensei envisaged would begin to crystallize. Sharing the vision of our late President, and relieving him of the burden of office as the interim President of the Rengokai when his health began to fail, ensured a smooth transition of both policy and power that was endorsed by a vote of Rengokai senior officers in June of this year when they elected Shimabukuro Sensei their President.

His background is as impressive as he is, and nobody is more suited to this demanding task. His father, Zenryo, was a student of Chotoku Kyan, viewed by many to be a karate genius; Zenpo Sensei trained with his father since the age of nine. Formerly a member of the Okinawa Karate Do Konwa Kai (Okinawa Karate-Do Discussion Group) which evolved into the Okinawa Prefectural Karate-Do/Kobudo Rengokai around 1990, he has served as a director and vice-present of the organization.

He has also brought enormous energy to the task of promoting Okinawan karate and kobudo internationally, an undertaking the success of which was assured by his experience of living abroad and fluency in English. He was mostly responsible for the participation of the Rengokai in the 1996 Summer Olympics, the Rengokai Masters’ Tour of the United States, and the 2001 Okinawa World Championships held in Atlanta, Georgia. Shimabukuro Sensei is intent upon educating the world about Okinawan karate, improving access to senior practitioners, and emphasizing the cultural content of Uchinadi that makes it so unique.

Several years ago, while working with Classical Fighting Arts magazine to organize a major cultural event held in Southern California, officers of the Rengokai were invited as guests of the City of Los Angeles to attend, demonstrate, and teach seminars at the “Okinawa 2010 Festival.” During their visit they had meetings with council members, were introduced to a full meeting of the City Council, and taken on a private tour of City Hall. This event was a huge success, and we all learned a great deal from it.

The achievements of the Rengokai are many and varied, but always notable. They lobbied for and were granted the Intangible Cultural Asset1 designation for those experts responsible for the preservation and promotion of the art of karate as a cultural treasure of the Okinawan people. To date a majority of the Meijin2 who have received this prestigious award have been Rengokai members.

The Rengokai were the force behind the Prefectural Government’s creation of the Shinkokai, a karate umbrella group to which all organizations in Okinawa belong, and in which Rengokai officials occupy important positions. At one time the Rengokai received extensive support from the Japanese Government in Tokyo, but as that support diminished, Rengokai officers felt that a group approach suited circumstances better, and helped the Prefectural government create the Shinkokai.

…Karate was developed to learn how to avoid defeat, not inflict it upon others—to defend oneself and no more. This important concept allows us to train in harmony with our companions, as we strive for the goals of strength and ability. We are not preoccupied with the thought that a training partner may one day face us in the competition arena, only that we improve as karateka, as human beings, and therefore, as citizens of the world. For us, a karate dojo is a sacred place where its members rejoice in the strength and skill they have acquired, while admitting their weaknesses, and resolving to overcome them. This is true of everyone from the most junior to the most senior. Thus the dojo is not a place of conflict, (exemplified by severe discipline and harsh teaching methods), but of perfect harmony created by the mutual effort of people with identical goals and aspirations.

Shimabukuro Sensei’s vision of the future is the same as that of his predecessor-an ever greater effort to educate people about traditional Okinawan karate and the many benefits that can be derived from its serious study. He proposes to do this by time tested methods that had proven effective and reliable in the past.

Firstly, an expansion of the Rengokai-Classical Fighting Arts magazine spring and autumn seminars in Okinawa which are in their fifth year, and have graduated more than three hundred overseas students through their program. Secondly, an increase in overseas tours by senior Okinawan instructors to take the knowledge of traditional Okinawan karate to those who may be practising a style, the roots of which lie in Okinawa, but who no longer have direct access to senior instructors. The first of these events will be held in June 2014 when Morio Higaonna Sensei and Zenpo Shimabukuro Sensei will teach in Atlanta, Georgia, at the 2014 International Okinawa Ken Karate Rengokai Symposium.

With the crisis past and the future before us, I believe that the impact of the work of the Rengokai on the traditional karate community around the world will increase and expand, and the Rengokai’s logo of a striking fist become a symbol of quality, integrity, and knowledge. The hand can calm a child, feed the hungry, bring relief, and when formed into a fist, dispense justice, but never violence.

When Isamu Arakaki Sensei left us on 29 March, those of us who knew him felt a personal loss and great sadness. However, when we remember how he inspired us by how he taught and indeed lived karate-do, the future look brighter, and the path forward less steep!

1. 無形文化財 mukei bunkazai - Intangible Cultural Property of Japan.
2. 名人 Meijin. Lit. Brilliant Man; i.e. a person who has distinguished him or herself in a specific cultural activity.

CFA Seminar attendees after training at the Japan Karate Association Headquarters in Tokyo with Tatsuya Naka Sensei. Members are from the US, Mexico, and South Africa.

Karate No Hanashi-Talking About Karate